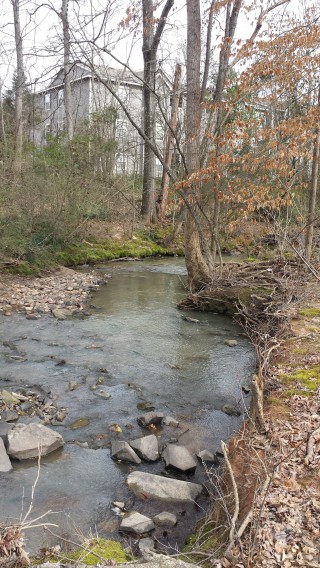 I’ll admit being a little late to the party about website analytics. How measuring what matters – traffic sources, interaction with content (ie. Clicks) signups, purchases, ROI, demographics (age), by channel (YouTube) searches, and the grail of TIME ON PAGE – and how customers use your site and what can be adjusted to increase impact are righteous nuggets.

The time-honored concept this follows is “You have to inspect what you expect,” and that includes surveys, checking yourself against other sites and traffic analysis, KEYWORDS,   website analytics, website terminology, tools, and RANKING.

If you’re not paying attention, or got wrapped up in the necessary creative efforts for business and doing RFPs without actually money-tizing your blogging, take credit for production, that always counts.

GOP political events in D.C. showing a refusal to entertain actual facts aside, accepting those Google Analytics now is because you should know what you’re looking for in professional blog analytics.

Engagement and what people do NEXT is the #1 measurable.

Reworking my site’s top fifty keywords, upping a click factor or checking what the using public thinks of my professional offerings is more productive in terms of time and effort than tuning in to DJT’s blather. Didn’t watch his or Bloomberg’s Super Bowl ads either.

While this was actually a short – only seven weeks – process from impeachment charge to today’s window on US process, with “four more years” political crowing during State of the Union event, it’s doubtful Trump will have any awareness of having dodged a well laid-out bullet of impeachable facts. Like fixing the environment, any next times will be tougher to deal with.

“Don’t confuse progress with results” is a reminder from my real estate days, and if you’ve signed on as “Blue No Matter Who,” then just keep working the process. Admitting to a measure of interest about “Mayor Pete’s” numbers in Iowa will only require – well,  they’ll be in New Hampshire, and Sanders just became the rhetorical 500 lb. gorilla, so we’ll see what Pete’s got for game.

Thanks for visual of how Iowa caucuses work, Katie

The analytics of how the Iowa caucuses worked was a journalistic gem done by MSNBC’s Katie Tur. She dove deep and enthusiastically with the people sitting courtside in candidate corral areas, showed candidate areas with on-screen balloons, explained ‘not viable’ (less than 15%) and moving to another group, a process that proved problematic in what was supposed to be a three-stage operation of moves.

Knowing things didn’t work right, owning up to it and keeping the bright lights on the situation, how can there be anything less important, when data security is on everyone not named (insert GOP name) list re: upcoming electoral processes? Had a long time to make sure? Yep, yesterday’s news now. Today isn’t ‘Groundhog Day.’

NOTHING indicates this extended hoo-hah was due to hacking, just a newer, incredibly never stress-tested process. There was-is a paper trail, the results will be accurate, that’s the word from the guy at the mike, repeated again and again. This system was trying to improve over the caucus in 2016, when data from Bernie-Clinton split  49.6% to 49.4%. This time it went seven candidates deep.

Working it slower-right will mean looking hard at what clunked so badly. Fixing gaps and examining alternatives is what legitimately comes from post-event review, and like site reviews, the answers may not always be warm-fuzzies. Yeah, physical site-ing (cinder block basements) could’ve caused trouble, yeah the ‘Pubs will slap that “disorganized, just like…” thing around.

Whatever Dems might’ve put up with for three years, taking lumps your people brought on themselves definitely beats not having any, or just not regular, ‘circular firing squads’ thus far. 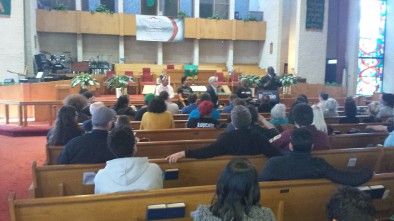 Using optical analytics between two events as something measurable and that matters, let’s consider the difference between “the fix is in, with full facial slaps for the Constitution” Senate white-wash, and a simpler, very American event many remember from earlier days – Civil protest against a monopoly regarding environmental badness and corporate economics.

After going to an environmental meeting led by Sanders people on Sunday, Thursday involved going to a well-attended hearing about a proposed rate hike for Duke Energy and $8 billion in coal ash cleanup costs vs. THEM paying. There was more than a whiff of environmental activism in the air, and just like the first time around, lots of AMERICANS remember fighting for “better” and a fundamental right that might require even more effort this time, because the clock is ticking.

Why is Sanders favored so heavily by first time voters? He’s got a long term streak of consistency about caring for the world they’re going to get handed. The analytics say they’re the biggest bulge in the snake now, but there were silver foxes aplenty at the Duke hearing, people swearing in about truth in testimony, about the public not getting tagged for previous bad management decisions by Duke being data to pay attention to.

It seemed inevitable, when those Stoneman-Douglas kids amped a large chunk of America two years ago, to say the demographics of what’s likely a two-issue group – guns and the environment – which still hasn’t been seriously counted, may be announcing itself in Iowa. 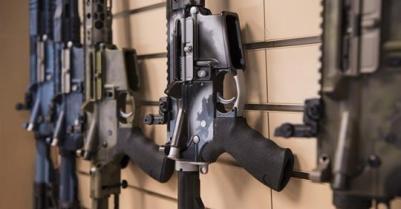 in an impeachment trial. Both public knowledge and recognition of some particularly troubling FACTS should have gotten additional comment on.

“Think global, act local” isn’t just about recycling, it IS the Bigger Picture

They did it three minutes at a time, as often as not with documentation, filling all the bench space in a room on the 5th floor of the County Courthouse, with cops at the downstairs entrances, a metal scanner, four or five TV vehicles, and directions to the correct room from those polite cops.

People got there at 6:00 to sign in. I stayed until after 8:30, watching them make their thoughts 100% known in open court, hand on the Bible about the environment and that $8 billion in cleanup Duke Energy should be paying for, not regular people.

The coal ash situation is big-time costly and un-legal, and people kept testifying after I left. That outside of Washington  we’re *talking* about genuinely BAD events, with a more desirable outcome, it made me feel things should STILL work a certain way in America.

The audience waved strips of green paper, forty or fifty giving a good shake of approval for certain thoughts expressed

There was a white-haired woman with a doctorate in Ecology, several had red armbands saying “Extinction Rebellion”; a long-haired and bearded (just a fact) deep-thinking guy had copies of a multi-page document. A gentleman spoke from a Presbyterian minister’s view, noting the taxes on the 100-year old family farm, and solar being an under-utilized asset by Duke Energy.

You had to pay attention to another gentleman, a past chair of the Sierra Club, who used Dicken’s “Best of times, worst of times” intro, and yes, especially to the one who stated straight up that the specific pipe breakage that caused the whole coal ash situation to lay waste along the Dan River when it failed, had been cited every couple years since 1988.

That, to put an extra fine point on it, is hard core “oppo-research” from people who care, and are willing to plant a flag about it. The behavior analysis looked like 100% against the rate increase, as the commissioners occupied the 10-12 seats in the middle of the area and listened.

“Think global, act local,” this is a situation to physically get involved with, especially when it’s a right here effective option. You can’t think one meeting with a five person panel of Sanders people and voting to ban plastic straws constitutes commitment. 130,000 tons of poisonous coal ash went into the Dan River-eastern North Carolina in 2014.

Shining all possible light on this goes to the core of corporate environmental responsibility.