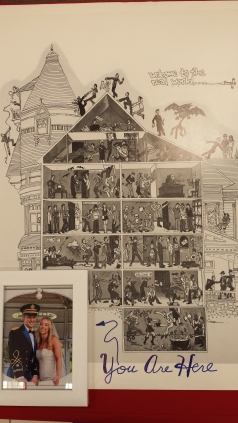 There’s always something wrong with the idea of one person gunning down a bunch of others, and an extraordinary number of those events have occurred in 2018. Since my earliest, formative years in a very effective Linton High School (Schenectady, NY) journalism program, I have always identified as a Writer, but I didn’t feel quite the same about those newspaper people being ‘more kindred souls’ killed.

Simply because of  its savage volume, the slaughter in Las Vegas had to shake you, long and intensely.

It was apparently good (?) old-fashioned “crazy guy with a long-term grudge and a shotgun” killing vs. that ducks in a barrel, blazing away version of FEAR that carnage in Vegas was. Does that mean it was LESS mindless and more about the gun? On some bottom line, that guy thought about his greivance for a long ago article for YEARS before deciding *this* was the day to take revenge.

Being a periodista (journalist) brings no additional grief, although I have  a feeling that if we back off the idea any of it is acceptable, a piece of what so many died for comes into question. Watch ‘Gettysburg’ on PBS if you get a chance, *that* was a country in full-out hate for what the other half represented. And bloodshed…! Gettysburg is on record for 52,000-plus dead and wounded in three days, and makes what’s happening now seem like piddelisky.

Months ago I told a language student that – crazy bad as I think Trump and GOP  minions have ravaged this country – those high school kids from Stoneman Douglas didn’t set the bar on civil action and effectiveness. At least in my lifetime, the Vietnam War protests did, 500,000 or more at a time. How much better the organizational ability has improved since then is about instant communications between like-minded organizations. This was all things positive, in broad daylight, a statement of the will of the people. 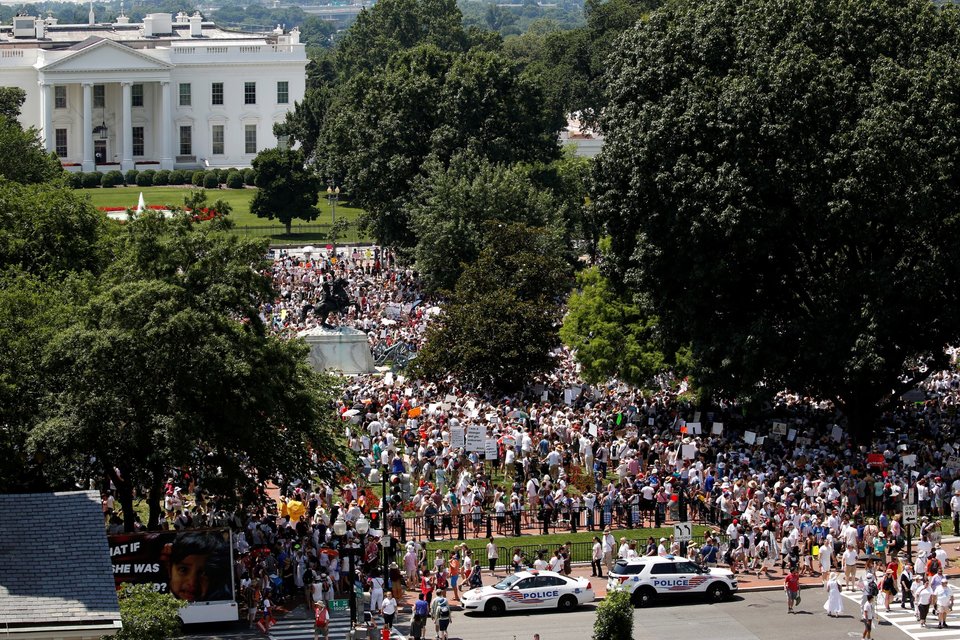 THE GOOD THING is, there were over  700 protest marches across the country this weekend regarding the mess with children being taken from asylum-seeking parents on the border. Thousands are being kept prisoner in cages, and that’s not how we as a country would choose to roll.

Were deterrent tactics finally stopped?  Uncertain, and America, the world is still watching. The world cared about those Thai soccer players stuck in flooded caves for 18 days because they were KIDS.  Caring for children is a universal concept,  and if the U.S. border fiasco is about changing focus on Russia, better let the World Cup lead.

MILLIONS of people showed up in *reallllly* hot conditions to make it known this is where the line was– and that ALWAYS counts.

Knowing LOTS of people still care about what comes between us 1-1 in this country also means civility could be part of that,  win-lose on every stinking thing is unnecessary.  No wedding cake for gays, no service for unpopular Sarah H.? Relax people, doctors tell you not to sweat the small stuff, and as the book says, it’s ALL small stuff. Save real indignation for your voting rights being curtailed.

We needed to draw the line *somewhere*

Are exact numbers involved in marches required? Not by me, maybe because I still say, “great 11 or 12- mile bike ride” without caring how far I rode in 94 degree heat lately. The people I talked to while getting gas, they seemed to feel a similar vibe—that this weekend showed we’re not being alone in thinking “We have to draw the line *somewhere* or this country doesn’t stand for what I was always taught it was about.”

It’s true that you only miss something when its gone, and that sense of living together instead of constantly trying to beat another faction into believing the same negative way- or more often fearing any and all others- I think I saw that again this weekend. It might have taken some prodding—and pooh-pooh a neighbors pie-in-the-sky, kumbaya crapola all you want– but MILLIONS of people showed up in *reallllly* hot conditions to make it known this is where the line was– and that ALWAYS counts.

Of the many gathered at a SouthPark orchestral concert in Charlotte Sunday evening, a sense of peace came with many picnic baskets and the ambiance of being together in relatively quiet circumstances, with family, friends, and potential friends, sharing a hot but joyful evening.

The people I spoke with seemed to have a similar vibe—that this weekend showed we’re not being alone in thinking “We have to draw a real line *somewhere*, now.

Watch Robin Williams and Maria Conchita Alonso in ‘Moscow on the Hudson’ —Being part of America, it still means something for those who come from all over. There’s ZERO chance of coming up with more workable immigration policy-wise when one half of this current House wants only their policies to stand while razing the other half. The choice isn’t MS-13 *or* wall at the border. America is still about dreams, even if for some that dream is as basic as keeping their children alive.

2 thoughts on “Pooh-pooh a neighbors kumbaya, but MILLIONS of people showed up”