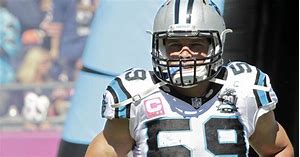 It may seem simplistic to juxtapose the essence of what retiring Carolina Panthers linebacker legend Luke Kuechly said, and what will probably be an even less satisfying or happy result in the impeachment trial of Donald Trump in the US Senate, starting Tuesday.

Kuechly was known for extensive film-watching, which made his always being in the right place a source of awe. By most accounts, Republican Senators barely feel the need to review the evidence provided with the House of Representatives impeachment charges. They’ve opined, in the most partisan way, that a trial is a waste of time when they could just as easily vote to acquit now as later, without worrying about clear, voluminous evidence of abuse of power or malfeasance.

In football terms, they will seemingly wander around like they’ve been concussed, even when the ball is snapped to resume play.

Never a doubt they played their honorable best

After suffering several concussions the last couple years that curtailed his time patrolling the middle of the Panthers defense, yes, Luuuuuuke! is taking a route that’s best for his long term health. Whether his numbers – 1,092 tackles, 5-times 1st team All Pro, Defensive Player of the Year (2013) – make him Hall of Fame material will be a matter of debate for others, his place in the hearts of fans is definitely assured.

Long time Panther fans don’t have to look far to see the shadow of Dan Morgan, the U-Miami hitting machine who couldn’t stay on the field during his time with the Panthers.

The 11th overall pick in the 2001 draft, Morgan helped move the Panther ‘D’ from worst in the league to second. Although he was an essential part of their first Super Bowl team in 2003 – Morgan was credited with 18 tackles in the 32-29 loss that became the New England Patriots first Super Bowl win – he was essentially out of football after a fifth concussion in the 2006 opener.

“I mean, I go back to high school, and I remember hitting people and seeing shades of green. You know, that was probably one there.”

That was a 2010 quote in ProCanes.com magazine, and Morgan admits he sometimes faked his way to staying on the field at a time before concussion protocols prevailed.

While Kuechly may not get a statue outside the stadium beside team icon Sam “Keep on Poundin'” Mills, who died from intestinal cancer in 2005, only the best of long life wishes from all who witnessed his ability to search out and stop runners that made him almost unblockable, is legitimate.

Given owner David Tepper and new head coach Matt Ruhle’s attitudes, if “It’s the right thing to do” becomes part of Panthers lore, that will work fine.

The U.S. Senate has the ball now

While it seems almost a foregone conclusion that their oaths to be a jury willing to reach a verdict after careful deliberation – are worthless, our country is seeing this ultimate extra-judicial step for only the third time in its history.

It won’t be of any more use to flay the situation regarding GOP enabling than it was to continuously say how badly the Panthers defense was whipped all year, “but that McCaffrey guy has been outstanding!”

If owner David Tepper ruled the Senate instead of “Moscow Mitch” McConnell, well, Charlotte and the rest of the NFL have already witnessed how decisively bad news can be redirected.

(Me, after just a week of watching and listening to the Senate’s approach to witnesses and  impeachment during a genuine crisis.)

Tepper went after a new head coach – Matt Ruhle, whose 11-3 record in his third season at Baylor was more winning than Trump has produced in a similar period – and offensive ‘genius’ Joe Brady (only 30!) of national champion LSU, winner of the Broyles Award as the #1 assistant coach in the country, as offensive coordinator.

Okay, the problem of being next to last in scoring defense (470 points/29.4 ppg, ahead of only the Miami Dolphins 30.9 ppg) and performing more like a matador (an ole! 143.5 ypg. against the run) can’t actually be fixed until next season, but the spirits of everyone who cares about this particular team have clearly been soothed and uplifted.

Like the NATO leaders who cattily talked about Trump’s politically light-weight status as being up to previous world-class/US standards, we must rely on a change in management and leadership going forward to regain real respect.

If that doesn’t happen over the next few weeks, the country might have to wait until November to make the sort of change the “Vote ’em ALL out!” cry of previous generations was, although 2018 saw some extraordinary progress on that front.

Hey, even the Tampa Bay Buccaneers went from worst to first in 1979, winning the NFC Central and advancing to the NFC Championship in their fourth year (the Panthers did it in their 2nd, with a legendary expansion team 12-4 record). Up until that point, the attitude of Bucs coach John McKay might have been echoed by many thinking outside the impeachment box.

When asked what he thought of his team’s execution in a post-game interview, the colorful McKay quipped:

Many would settle for Kuechly’s parting words, “In my heart I know its the right thing to do.” Pay attention U.S. Senate – the world is watching. We’ve got plenty of fond memories of Luuuuuke! here in Charlotte, but we need action from you.