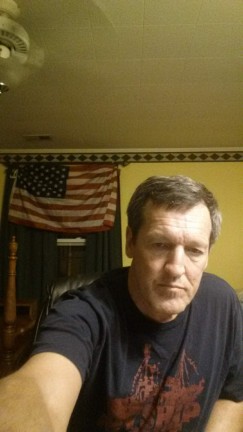 I recently had three very different chances to interface with recruiters regarding the same possibility with a major Charlotte bank, in this case, for technical writers. While  that’s generically “a club in my bag,” it didn’t get much play until I added a resume on DICE site.

Basic point: Know which sites work best for your skill set and goals.

Two people, who supposedly know how certain skills may fit with work orders, told me Monster and Careerbuilder were places they found most of their placements and possibilities. I’ve never liked those chronologically-oriented sites, and there have been plenty of possibilities on LinkedIn and FlexJobs, including remote options.

It’s worth noting that early searching for ‘Writer’ roles on LinkedIn often produced more Underwriter and Service writer possibilities than creative positions. Putting ‘content creation’ in the keyword box, that went from barely a handful to nearly 100, and often included marketing and editorial managers. Knowing more than one way to look for things is a legitimate piece of any search effort.

Non-negotiable factors like moving still allow frequent opportunities to contribute from a laptop – good content can be created any time or place.

This up close and personal situation reinforced operational negatives I’ve held for a long time about recruiters, but also led to an affirmation of  opinions about whether current “talent gaps” could be mitigated if finders of people for positions did a better job of interviewing.

In two of these calls, I admit first contact appointment-getters – with fairly heavy, difficult to understand accents – were a consideration. Repeatedly asking them to slow down, and yes, thinking scams often flourish with confusion, I was on guard. There are dialer-operations that turn over leads that fill client schedules, and we’re all aware that “others” are constantly phishing for data.

I fixed my attitude about totally different groups of people contacting me – because “I saw your resume…” isn’t actually out of the blue, I am out there – just in time.

Key in recruiters getting what they need

One caller was totally in left field, because he was trying to work with an online resume from 2015 (Careerbuilder). Trying to steer him to more current information like LinkedIn seemed futile. Trying to explain a 2015 post-Recession in retail resume, which  represented nothing  I was trying to accomplish in 2019 – just, no. Thinking I could turn that option into even a 3-month contract wasn’t a reality.

I admit being less nice to him, but fixing my attitude about different groups of people contacting me out of the blue with “I saw your resume…” came through just in time.

Talking with Recruiter #2, the ‘take over’ local (Charlotte) person I’d scheduled a call with left me far far less confident about success compared to the CBD company I connected with through LinkedIn right after New Years. Maybe he was describing a totally different job – I found out a month later he was actually right on about a situation that sounded far above my comfort level regarding previous technical expertise.

There’s a definite difference in needing-to-be-done-a-certain-way design for multiple layers of starting from scratch tech writing vs. compilation and interpretation of content and “editorial values.”

Recruiter #3 was Goldilocks – just right – a pro out of Philly who interpreted my resume exactly the way I wrote it, and expect it to be read.

#3 had a WHOLE different POV on my matching the client’s  web/content management needs, not what I seemed to lack with #2. Don’t burn bridges with recruiters. Having an above average and realistic interview is still the goal of responding to online-available descriptions.

He indicated there would be a training period, so that contract people were trained in Open Text, and picking up something on gigs becomes career enhancing expertise for content people. I haven’t been intimidated about using systems listed in job descriptions, and glad to know about up front training, which is nothing but good business.

He’d seen my LinkedIn profile, knew about my real estate, and made a suggestion about amping the job titles regarding tech writing for two specific jobs. He liked the continuity of  ‘2000 to Current’ – and frankly, side hustle business doesn’t have to pay all the bills to go on your CV.  When its relevant, make sure its known. You’ll rarely get asked about things people don’t know are possibilities.

CDTalent Enterprises has produced in a variety of situations that create editorial depth.

This is an upgraded kronut by Sugarrmann, with an extra blob of flavorful lemon under the glazing, after I reviewed a previous version’s tastefulness.  I’m not a coder.

I appreciated speaking 40 minutes vs. ten – If you’ve gotten jaded hearing about recruiters and eight seconds checking a resume, getting to phone calls is actually the goal. You don’t WIN! because someone responded, and IMHO, getting the right kind of help by better communicating your expertise is its own reward.

As a gig, we’ll see about phone interviews next week, but part of my work system is to keep the professional options hopper productive. While its proof nothing goes away on the Internet AND what it can deliver as results, I’m elementally glad my opinions about how much better recruiters could do with interviewing turned out to be right.